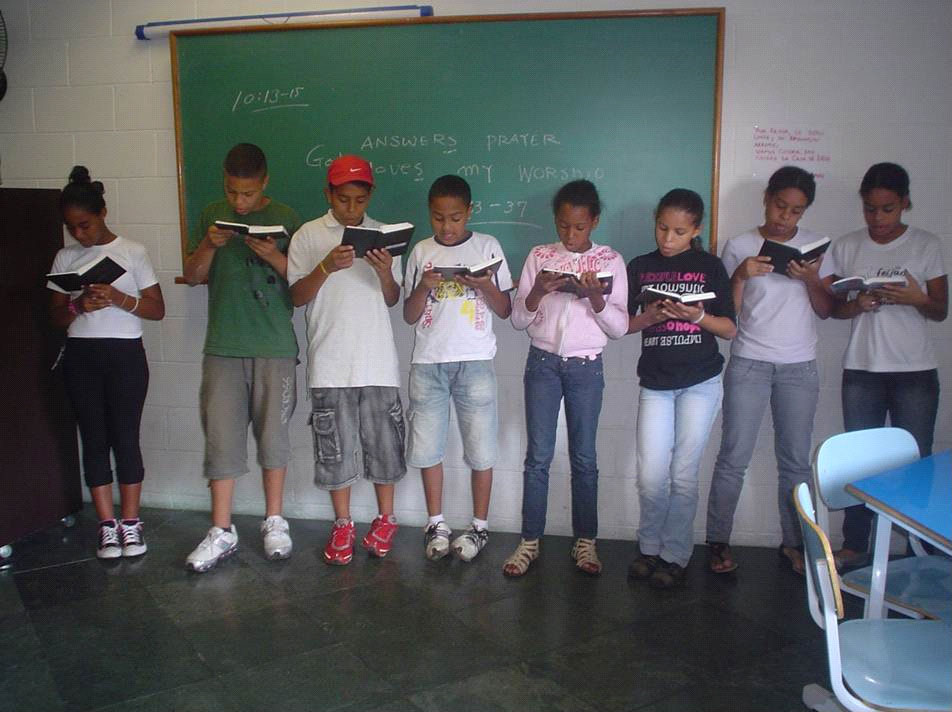 In recent years the demographic mission movement has focused on 4 to 14 year old children worldwide--called, "The 4 to 14 Window". The receptivity of the good news of Jesus Christ’s redeeming work is very high among children aged 5 to 15 because of the purity and simplicity of their minds. Among this population, numerous underprivileged children, including street children, in the world have been suffering tremendously without hope for the future.

The suffering of children in many parts of the world is caused by starvation, Aids, child labor, sex trafficking, natural disasters, wars, low social status, poverty, family break-ups, as well as political and religious oppression. Consequently, countless children are orphaned and many are living on the streets. In the last decade, the number of street children worldwide has grown tremendously. One of the focuses of the world mission opportunities presented by the KYAC Mission Team is the outreach to street children in Brazil.
Brazil is the fifth largest nation in the world. In recent years, Brazil has become known for rapid economic growth stemming from its abundance of natural resources, while the rest of the world has been struggling with economic turmoil. However, the nation is also known for having one of the largest populations of street children since around the beginning of the 21st Century. Sources say that the number of street children has grown from eight thousand to eight million in the 1990s and has increased to ten million by the year 2000. Recent statistics estimate 12 million street children live in Rio de Janeiro and São Paulo, which are the largest cities in Brazil.

Some factors that highly contribute to the increasing number of Brazil’s street children include the poverty in which 40% of the 50 million children and teenagers live. Sources also say that a small fraction of Brazil’s population controls half of the nation's wealth. Although the middle class has grown in recent years, still the gap between the rich and poor is large. Poverty is also generational, continuing from parents to children. In addition, the urban migration population from rural areas has contributed to the increase of street children. Many street children have families, but the children’s “identity, reality, culture, and context are shaped by poverty and a life on the street” (a report of the “Projeto Meninos e Meninas De Rua”).
The Brazilian government has tried to intervene to mitigate this social problem with several policies for children. However, the process has been slow. Also, several non-government organizations, including cross-cultural missions forces, try to reach these street children, yet reach only a fraction of the population.
Although the Brazilian Methodist Church has small congregations and is not thriving financially, the church enthusiastically aids in the prevention of these social problems. The Methodist churches of the 3rd Region in São Paulo have opened nine Christian education centers for underprivileged school children to prevent them from becoming street children. These projects are called AMAS, which is translated “Social Action of Methodist Church”. The curriculum of these centers are based on biblical content and incorporate worship music, dance, crafts, sports, and daily meals. The government’s basic grants assist these projects. 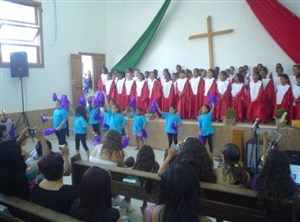 Other street children's projects called “Projeto Meninos e Meninas De Rua” or “Street Boy and Girls” in São Paulo operate ecumenically, but the main leaders are the Methodist University’s faculties. All these projects welcome the partnership of foreign missions.
Mission opportunities to reach out to street children or underprivileged children include the enhancement of curriculums and facilities, provision of scholarship funds for further education of graduates (graduates are 15 years old), the creation of “rest areas” on the street, where street children can receive counseling and have children’s church.
To inquire about mission opportunities, please contact Dr. Suh Kyoung Suh, mission board member at Kentucky Annual Conference.