Kentucky Wesleyan College announced the receipt of two major investments on Thursday, as the college continues to generate significant momentum in its fundraising efforts.

The first is an estate gift from alumna Luellen Pyles (’44), who passed away Dec. 30, 2014, at her Maysville, Ky., home. The bequest of approximately $4 million will support alumni programming and teacher education scholarships. Miss Pyles’ gift is one of the largest estate gifts in the college’s history.

“It would be hard to find anyone more committed to Kentucky Wesleyan College than Luellen Pyles,” said President Barton D. Darrell. “Having known Miss Pyles for many years and having been inspired by her during that time, a good part of my desire to return to my alma mater to serve is based on her example.  Just a few months ago, I sat with her in her living room in Maysville to share my ideas and goals for Kentucky Wesleyan.  Even then, she had thoughts and ideas that could be easily implemented to help the institution.” 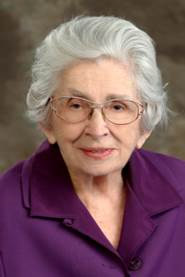 Miss Pyles served as a member of the Kentucky Wesleyan College Board of Trustees for over forty years, and was a long-time Executive Committee member. In 1984, she was named an Outstanding Alumna. She served as president of the Alumni Association and was recognized as an Alumni Board Director Emeriti.  Miss Pyles received an honorary Doctor of Humane Letters from Wesleyan in 1995 and was inducted into the inaugural class of the Alumni Hall of Fame in 2004. She recruited and mentored many students from the Maysville area, and in June 2014, the admissions and financial aid department was named the Luellen Pyles Enrollment Center in honor of her devotion to her alma mater.
Miss Pyles was raised on the Wesleyan campus in Winchester where her father, Dr. Henry Milton Pyles ’22, was a beloved professor of biology and education. Dr. Pyles also served as academic dean and as director of alumni affairs, and he worked tirelessly to help coordinate the college’s move from Winchester to Owensboro in 1951. Her mother, Nell Ball Pyles, served the college for many years in numerous administrative support roles.
Miss Pyles graduated summa cum laude from Kentucky Wesleyan in 1944 with an A.B. in English and Latinand earned her M.A. in Spanish from the University of Kentucky in 1950. She taught English and Spanish in Ohio and Kentucky public schools from 1944 – 1953. She then joined Burke Marketing Research in Cincinnati and became an executive vice president. During her 23 years with Burke, she opened offices in Argentina, Brazil, Denmark, France, Germany, Italy and Mexico. Following her 1976 retirement from Burke, she returned to Mason County to manage the family farms. She was very involved in the life of the Maysville community.
“Her life was not only one of tremendous personal and professional achievement which spanned the globe, but also one of selfless service to her alma mater, to which she believed she owed so much,” remarked Darrell. “The Wesleyan family will miss her, but she will live on in everything we do.”
In addition to the Pyles estate, the institution also received a $100,000 cash gift to the Wesleyan General Scholarship Fund from an out-of-state contributor.  The donor, who chooses to remain anonymous, said, “We have been following the great things that are happening right now at Kentucky Wesleyan College. The new leadership style of President Darrell and the unique campus culture that he, his administrative team, and the faculty and the staff are creating is something different and something in which we wanted to be invested. This is a college with tremendous faculty that understand what is needed for success after college.  Wesleyan offers the type of well-rounded educational experience that will best prepare young people for careers with purpose in these ever-changing times.  We are proud to be an investor in Kentucky Wesleyan College and enthusiastically encourage others to do the same.”