While I am personally disappointed in the Supreme Court's decision to alter the government's definition of marriage to include same-gender couples, their decision is not much of a surprise.  The Court's reasoning runs counter to the teachings of almost all world religions including Christianity, Judaism and Islam.  I remain hopeful that the United Methodist Church will remain faithful to the biblical understanding that marriage is a lifetime covenant between a man and a woman.

I remind all the clergy and laity of the Kentucky and Red Bird Conferences that the Supreme Court's decision does not change the stance of our church on same- gender marriage. The Discipline prohibits UM clergy from performing weddings for same-gender couples and prohibits such weddings from being held in our churches.  I do not know how the 2016 General Conference will affirm or revise those prohibitions, but our current Discipline is clear on the issue, and I am committed to uphold the Discipline. 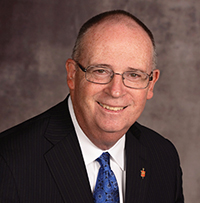