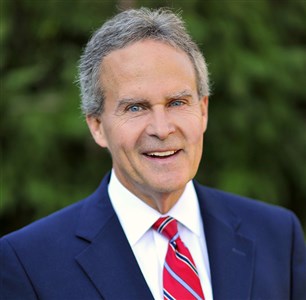 "I am deeply honored and, in fact, humbled to have been nominated.  I look forward to entering this process and hope to add to the important conversations that will take place leading up to the General and Jurisdictional Conferences,” Grieb said in accepting the nomination.

Grieb is a long time member of the conference, having served effectively at some of its largest churches.  He currently serves as the senior pastor of Centenary Church in Lexington.

Speaking of Grieb’s past service to the conference, Dr. Bill Arnold, vice-chair of the Kentucky Delegation, states that “Tom has proven himself over the years as a faithful leader in the Kentucky Annual Conference. He gave visionary leadership to our Board of Ordained Ministry and has been an important voice on issues of clergy development, fiscal responsibility, and many others.” Grieb was chairperson of the Board of Ordained Ministry for eight years and during his tenure the number of clergy 35 and younger grew significantly.

Grieb indicates that he believes in the authority of scripture as the rule and guide for life and that which forms the foundation for the common life of the church. During this season of unrest within the church, he holds fast to the importance of clarity around the essentials of the faith, order in regard to the daily discourse of the church, and accountability to the same. Grieb believes that he is well-suited to handle the challenges facing the denomination.

Throughout his ministry Tom has distinguished himself as one who is a good listener and able to work with people, exhibiting a Christ-like spirit to those he encounters.

“Tom has the heart of a pastor, as evidenced by his care and compassion for individuals and for the church as a whole. His gifts and graces for leadership are well suited for the episcopacy,” states delegation and conference secretary, Rev. Julie Hager Love.

The Kentucky Conference delegation views Grieb as a strong candidate, worthy of prayerful consideration. If elected, Grieb would serve at a United Methodist conference in the southeastern jurisdiction of the UMC. He is eligible to serve as a bishop for 8 years.

Kentucky Conference lay leader and Chairperson of the Kentucky delegation, Lew Nicholls, sums up Grieb’s leadership skills, “Tom knows how to manage people into a team where everybody is focused on the same mission. He is a proven leader who draws upon innovative solutions to solving problems.”