"Called by Christ, Sent to Serve": A Report on the 2010 Kentucky Annual Conference 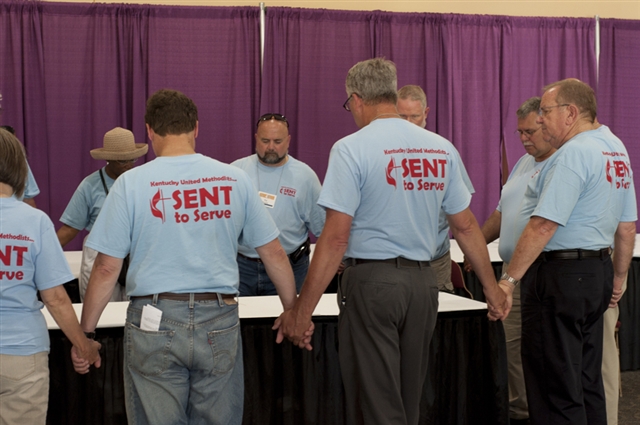 Wednesday, June 9, began with the clergy executive session and the laity session. Bishop Richard Looney, retired bishop of the South Georgia Area, spoke during the Opening Worship on Wednesday afternoon. His sermon theme was “Lessons from the Valley.”  Music for the service was provided by the Cardinal Singers from the Red Bird Missionary Conference, under the direction of Mark Smallwood. The service also included a time of remembering eleven Kentucky Conference clergy and eight clergy spouses who have died in the past year. The time of worship concluded with Holy Communion, led by Bishop Lindsey Davis, the Episcopal leader of both the Kentucky and Red Bird conferences, Bishop Looney and Reverend Julie Hager Love.
(View photos from Wednesday here.) 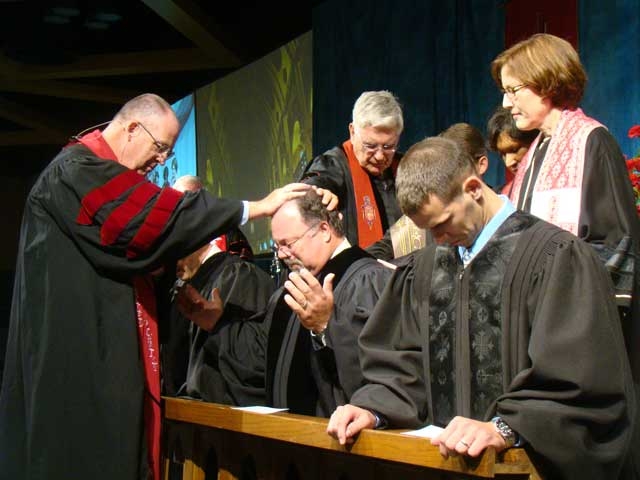 On Thursday morning, ten legislative committees met to discuss the work of the many teams, agencies, and other ministries of the Kentucky Conference.  Dr. Joy Moore, associate dean for Lifelong Learning at Duke Divinity School, led Conference members in a Bible study. Her message was a great lead-in to the Afternoon of Service.
(View photos from Thursday here.)

The Afternoon of Service was a time for the members of the Kentucky Conference to give back to the community that was hosting us. At 2:00 p.m. approximately  600 people gathered at the Northern Kentucky Convention Center to be “Sent to Serve.” Conference members worked in 30 different locations on a variety of projects. These included Ida Spence Mission, seven nursing homes, and six prayer walks through the streets of Covington. At the Convention Center, 54 people gave blood at a Red Cross Blood Drive. More than 500 agape letters were written to missionaries and soldiers around the world. Almost 1000 Campbell soup can labels were cut, sorted, and organized for use by the Red Bird Missionary Conference. Almost 50 tote bags were completed to give to local food pantries for food distribution. Over 1700 Health Kits were completed, boxed and palletized to be sent to the United Methodist Committee on Relief. Members of the youth and young adult delegation wheeled over 1100 cans of food in grocery carts to two local food pantries. The canned goods were brought to the Convention Center on Tuesday and Wednesday by members and guests of the conference. At Grace UMC, 150 meals were served, 1700 bottles of water were given away, and 85 different families received food from the outdoor pantry. 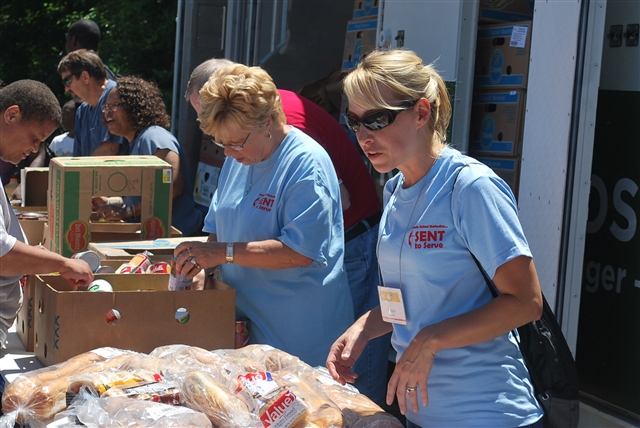 Friday began with Bible Study led by Dr. Joy Moore, which was followed by plenary sessions. Reports from legislative committees were presented and approved, as were three changes to the standing rules. We also celebrated the upcoming launch of two New Church Starts. In September of this year the Revolution Church, pastored by Rev. Brian Ebel, will begin in the Louisville District, and a yet-to-be named church, pastored by Rev. Matt Johnson, will launch in the Covington District. We also celebrated the fact that we have four pastors who have completed the Hispanic Course of Study program.

After lunch, a Retirement Celebration was held with the Conference paying tribute to fourteen clergy members who are retiring from active ministry.

At the evening’s Mission and Ministry Celebration, the Conference celebrated our ministry around the world, in our state, and in the Covington community. A number of awards were presented, including the Bishop’s Award for Ecumenism, the Asbury Award for Higher Education, awards for the most professions of faith, and the Harry Denman Award for Evangelism. Conference members and other attendees came forward with an offering for the Red Bird Missionary Conference. The offering exceeded all expectations with a total of over $200,000 given.
(View photos from Friday here.)

Closing day began with devotion led by the Florence United Methodist Praise and Worship team and further Bible study with Dr. Joy Moore. During morning plenary, Conference members discussed and approved the 2011 budget, which was set at $9 million. The 2010 session of Annual Conference concluded with the setting of appointments.
(View photos from Saturday here.) 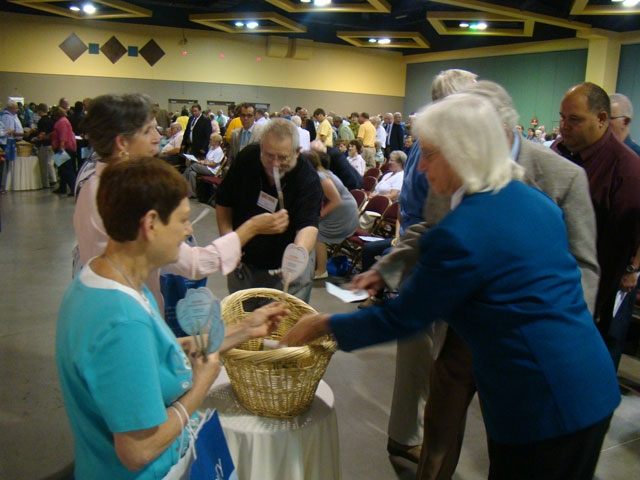