Just like we had Impact Appalachia in 2011, and Impact Hope Springs in 2012, where volunteers from across the state came together to help members of those communities in a day of service, we now have Impact Shelby.  On Saturday, March 30, 2013, members of the seven United Methodist Churches in Shelby County, KY came together for a day of service in Shelby County.  There were several projects planned out for the almost 300 volunteers that came out to help.  The projects included Prayer Warriors, care packages for military personnel and college students,  yard clean-up, notes of appreciation to local EMS, firemen and police, and ramp building just to name a few.  People ranging in ages from small children to the elderly gave their time and help to make a success of Impact Shelby.  Impact Shelby was conceived with the idea of having "a shared ministry of the seven United Methodist Churches in Shelby County, Kentucky who seek to put their faith in God into action by reaching out to their fellow human beings and, in doing so, communicate the goodness, mercy and love of Jesus Christ.  In other words, we are trying to live out what we believe!" 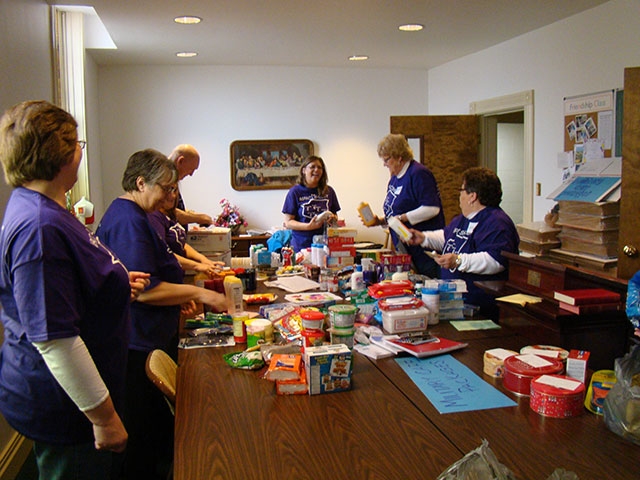