Do You See What I See? A Testimonial on Religion and Race 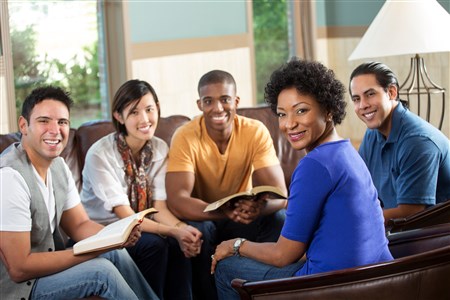 In light of recent events surrounding justice, accountability and race relations, Bishop Leonard Fairley asked the chairpersons of the conference SBC21 and Religion & Race teams to spearhead ongoing dialogue within the Kentucky Conference to share and care for one another around this sensitive issue.

The team, working with the theme Do You See What I See? How Race Relations Cause Us to See Things Differently, will offer a multi-week Bible study, worship elements and resources to help facilitate conversations, to name a few. Watch for an upcoming article on the conference website for more information. As the initial offering the team will share testimonials of their witness along this journey. The first to share will be Rev. Dr. Kathy Olgetree Goodwin, pastor of Asbury UMC in the Owensboro District.

In addition to Rev. Goodwin's testimony, the SBC21 and Religion & Race teams would like to ask you to share your testimonies of pain and hope; joy and tears; justice and accountability around this issue of race and reconciliation in America and the United Methodist Church.  Although you may be sharing a difficult time in your life or the life of the church, please try to share your testimony through the vision and spiritual eye of God.

Please keep your testimony to 750 or fewer words and email it to testimony@kyumc.org.

Justice will not be served until those who are unaffected are as outraged as those who are.  -- Benjamin Franklin

I found this exceedingly difficult to write due to the many emotions overflowing within. The difficulty created by the many themes or options to address during this critical and historical time. The options to respond as an African American female, as mother of two African American sons or as clergy serving in a predominantly Euro-American denomination are just a few.

First, let me begin by saying, all that is going on in America saddens me. The fact that we are where we are because another unarmed black man died at the hands (knee) of a police officer. The protest we are witnessing all over the country is a result of pent-up frustration, despair, and pain by those who have been overlooked, silenced, and pushed to the back. This is not just the response to the knee on the neck that murdered George Floyd, but a response to the knees of the many disparities that continue to shut off the breath of many African Americans.  And we too like Fannie Lou Hammer cry out, “I’m sick and tired of being sick and tired.” We know that in all times God’s grace is sufficient; however, we are not to settle for “cheap grace” that comes without repentance or change.

My God-given title of African American female born in the South helped to shape the way I view America. The protest around the country brought to my remembrance the movement led by Dr. Martin Luther King Jr. while growing up in Central Georgia. I remember the crowds, the protest, and ultimately the change in America. I am reminded of the quote that “freedom is never voluntarily given by the oppressor; it must be demanded by the oppressed.”  Frederick Douglass states, “Power concedes nothing without a demand. It never did and never will.” Having experienced racism, sexism and tokenism has sometimes taken my breath away. To see other human beings treated by other human beings as less than their God-given gift has often taken my breath away as well. We all were formed from the dust of the earth and He blew into us the breath of life and we became living souls. To think that one bag of dust is greater than another bag of dust is ludicrous.

When situations presented themselves and I could have responded negatively and chose not to, was due to my relationship with Jesus Christ. Once Jesus Christ became real in my life and eventually my receiving the Holy Spirit as Comforter and Guide, my vision changed. This change made an indelible mark in my life so that I could begin to live from the inside out. I learned to Love and to have hope. HOPE for me was Having Only Positive Expectation. I believed that ALL people are basically good, but loving people with the LOVE of Christ requires the work of the Holy One. This type of LOVE cannot be legislated or mandated. This is a heart matter as well as a head matter.  Seeing all human beings as having been made in the image of God and wanting REAL Justice for all is the beginning of this LOVE. Real JUSTICE is wanting for others the same things you want for yourself.

There may be instances when persons are not aware of the hurt they are imposing on others, and this may be an oversight. The sin of omission does not erase the sin. We are called to a greater accountability of how we respond to the needs and the inalienable rights of other. To continue to trample on or abuse the rights and privilege of others can produce a negative response. I recall in the Bible when a black/brown man was frustrated, and fed up with how the people were abusing his Father’s house and one day entered and turned over tables, fashioned a whip and ran the people out of His Father’s house. I can just imagine doves flying all over place, broken eggs, fine fabrics on the floors, and herds scattered about. This comes not to justify recent acts; nevertheless, it does remind us that even the greatest among us has a tolerance threshold.

As a mother of two African American sons, viewing the much-watched video of George Floyd being restrained by the knee of a police officer was heartbreaking. I saw more than George Floyd’s face on the ground, I saw the possibility of my sons, Russell and Aaron, under a knee. Whenever a son leaves home a mother should not have to experience the concern of him not returning, due to succumbing to some ill-fated situation at the hands of those who have taken an oath to protect and defend.

According to Mapping Police Violence, in 2015 there were 104 black men and women killed by police officers that is equivalent to two per week.  The number of police killings in the U.S. disproportionately affects African Americans, despite only making up 13% of the U.S. population. Black American are two-and-a-half times as likely as Euro Americans to be killed by the police.
As people of God, (Africans, African Americans, Euro Americans, Hispanic Americans, Latino Americans, Native Americans, etc.), we can no longer sit and wait for the change to come to us. We must initiate change, be change makers and lead the world into change. We can no longer follow as the world leads us to the water and demand us to drink. The change the world needs must begin with the people of God, in the church, because we have the answer.  And the answer is found in prayer. This may seem small, but any change that can be permanent comes in increments. The first tool that we can begin to use to minimize the forces of evil is PRAYER.

The people who are dying at the hands of the police in America may not look like you. However, I wish to submit to you they are your brothers and sisters made in the image of God, a member of the human race, and loved by God. 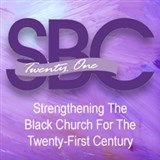 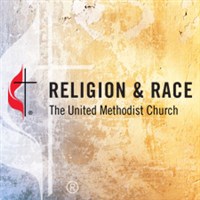