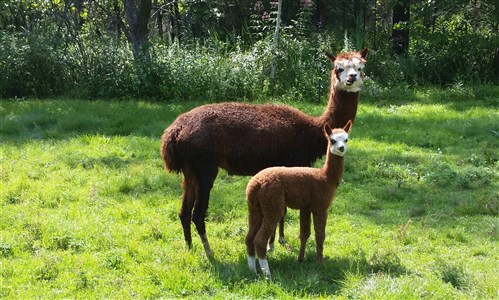 COVID-19 and the need to practice social distancing has turned everyone’s world upside down, almost overnight – and the Kentucky Annual Conference’s three camps are no exception.

The three camps – Loucon, Aldersgate, and Kavanaugh – are completely shut down at least through early April and will roughly follow the schedule of the state’s public-school systems as far as deciding when to reopen, said Warren Hopper, Executive Director of Camp and Retreat Ministries.

The shutdown, even if temporary, comes at an inopportune time for the camps, as they are just preparing to ramp up for the warmer weather and their busy season. But it’s more than following the social-distancing protocols; Hopper said it’s a matter of trust.

For now, he said, they are following the general guidelines issued by the federal Centers for Disease Control and Prevention – closing for two weeks during the period when the agency recommends gatherings of no more than 10 people, then tentatively planning for eight weeks to allow gatherings of up to 50 people.

Staff at all three camps have contacted groups in the first timeframe and asked them to reschedule their events. Those that were unable to reschedule are being issued refunds, Hopper said.

All three camps also are undergoing deep cleaning to help prevent illness – more rigorous processes than during normal times, Hopper said. He also said that staff directors are consulting with Conference directors and Bishop Leonard Fairley on ways to help hourly employees at the camps.

As this article was about to be posted online Wednesday, Hopper contacted Conference Communications with an update, saying that camp staff was starting to get inquiries from anxious parents and church leaders about the status of summer camp. This is Hopper’s reply:

Thank you for reaching out. Right now most camps across the country are hoping that summer camp will go according to plan and that schools will have a reprieve that does not push them deeper into the summer. I think the pandemic warrants some of that and not being in school will be more beneficial to the economy and well being of our children. That being said, we really have no way of knowing.

At this point, Camp & Retreat Ministries is going to begin looking at options. We hope that we'll make a final decision by mid May. Everything is on the table; keeping it as planned, changing the schedule to adapt, virtual camp, etc. All this while hoping we can operate as planned.

I hope that is helpful. I think it is too early to jump ahead of ourselves and yet too naive to think we won't have to adapt in some way. If you have ideas or thoughts please let me know. If you are hearing things from your parents, school systems, etc. please pass that onto us also. Thank you for everything!

The news from the camps isn’t all dire, though. Dave Cohn, director of Aldersgate Camp and Retreat Center, and his wife, Laura Shiver Cohn, came up with the idea of a Virtual Day Camp, which they are streaming live on Facebook through early April twice a day, generally 11 a.m. and 3 p.m. EDT. The sessions feature the Cohns and also other Aldersgate staff.

“As we are asked to stay home we wanted to intentionally create a space that will help continue to engage your children,” Dave Cohn wrote on Facebook in introducing the informal program. The various activities include sharing a story, Bible lesson, and doing singalongs and crafts.

As of Wednesday morning, the initial Facebook Live broadcast of Dave Cohn reading “The Lorax” by Dr. Seuss had garnered more than 1,850 views.

Virtual Day Camp can be accessed by going to Aldersgate’s Facebook page. People can participate in real time or look at the videos, which are posted after the event.