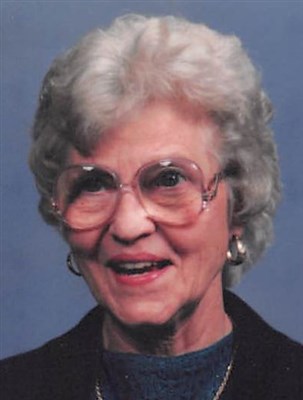 She was born Aug. 12, 1925, in Marshall, North Carolina, the daughter of Dawson and Cora (Mace) Wallin. On June 3, 1944, she married Rev. Leslie M. Myers with whom she shared more than 50 years.  Rev. Myers died in 2003. He had retired in 1992 after serving as a Veterans Administration chaplain in the former Ashland District and also churches in Pleasure Ridge Park and in the Owensboro area.

Mrs. Myers was employed by the War Department in Washington, D.C.,during World War II, where she met her husband.  She was a member of Trinity United Methodist Church in Chillicothe and was an active volunteer in the community for many years.

Graveside services were held in Union Chapel Cemetery, Scottsville, Kentucky, on June 26, 2019 under the direction of the T.W. Crow and Sons Funeral Home.