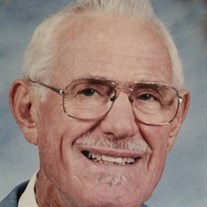 He was the first born of the late Albert Carter Savage Sr. and Ruth Haggard and was born on the family farm in Mason County, Kentucky. He was the eldest brother of the late James Wendover Savage and adored Nina Ruth Baker.

After leaving his father’s agricultural farm, he earned a teaching degree from Asbury College. He was a physical education teacher at Asbury College in 1949-50. He taught fourth grade in Yorkville public school in 1952-53. He was a  Candler theology student at Emory University 1950-54, where he was an assistant speech instructor during his last year. He was a truant officer in Vanceburg, Kentucky, in 1958 and sat on the board as an adviser with the Kentucky Conference Credit Union.

He served as a volunteer fireman and Life Squad driver in Taylor Mill, Kentucky, for seven years. He was chaplain of the Civil Air Patrol for 18 years in the Kentucky Wing Chapter and retired a Lieutenant Colonel in 1996. He also served as an avid volunteer with Habitat for Humanity for 15 years and served as a missionary, building homes and schools in Haiti and Belize. He also was an agricultural tree farmer and beekeeper.

Al accomplished this all while working full time in 27 pastoral appointments in the United Methodist Church in Pennsylvania and Kentucky from 1949 -1991. When he retired, he moved back to the family farm in Nicholasville, Kentucky, where he continued to grow trees and provide housing to seminary students from all over the world.

Al went to live his last months in Colorado with his daughter and her family where he was much loved through his last days. Al was a kind and compassionate man who was always ready to share many stories with whoever would take the time to hear them. He passed peacefully after his sixth stroke in MorningStar Assisted Living and Memory Care surrounded by many who loved him.