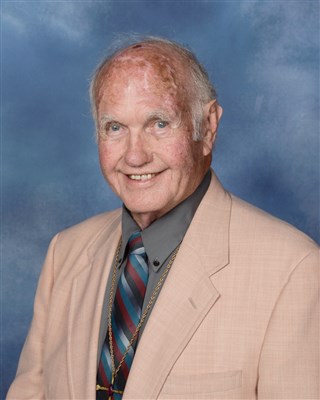 He was born Oct. 15, 1927 in Smithland, Kentucky, the seventh of nine children born to Rev. B.H. and Pearl Spurrier, and was raised on the family farm in Crittenden County near Marion.

He answered a long-ignored call to Christian ministry following his marriage in 1950 to Mary Ruth Morris, becoming the sixth generation of Spurriers to answer the call to preach. He is survived by his wife and two children and their families: Rev. Ken (Becky) Spurrier of Beaver Dam, Kentucky, and Shari (Randy) Blackwell of Summerville, Georgia.

A few months after his marriage, he enlisted in the Army and served as Chaplain’s Assistant in Japan during the Korean War. He began his local ministry as song leader at Brooks Methodist Church and then in 1956 was appointed to the Falls of Rough Charge in Breckenridge County, a charge his father had once served. His second appointment was in Smith Mills, Kentucky, and during this time he attended college at Kentucky Wesleyan, where he earned his bachelor’s degree in 1960. He was then appointed to Lebanon Junction Methodist Church while he continued his education at Louisville Presbyterian Seminary, where he earned his Master of Divinity degree in 1964.

His first appointment out of seminary was the Mt. Union/Pleasant Hill charge in Scottsville. He was then asked to start a new congregation in Bowling Green – St. James, while also serving the Fairview church. During the merger of Methodism in 1968, Harry was sent to serve as associate pastor at Trinity Temple in downtown Louisville. However, when the pastor of Hazelwood church suddenly passed away, Harry was appointed there. Following that he served the Hodgenville/New Haven charge, the Hawesville/Hilldale charge, Bennett Memorial in Henderson, Petrie Memorial in Elkton, and Hartford/No Creek United Methodist Churches.

Rev. Spurrier treasured his covenant within the Louisville and later Kentucky Conference, where he served as an Elder for 33 years until 1993, when he retired to Owensboro. Throughout his ministry he held revivals, both preaching and singing in them. After retirement he associated with Wesleyan Heights UMC, where he served as Minister of Evangelism for more than 25 years. During this time he also filled pulpits as guest preacher or interim pastor for many churches. He was also a clergy mentor for young people entering the Methodist ministry and a Spiritual Director for the Emmaus Walk for more than 30 years. He was instrumental in establishing the Owensboro Emmaus community.

His love for the Lord and for his churches was clearly seen by his church families. In retirement, he rarely missed a day of morning devotions with Mary. They lived his last two years at Heritage Place Assisted Living, where he was primary caregiver to her as she developed dementia. Just short of his 92nd birthday, he had a massive stroke and died Sept. 17, 2019. He was laid to rest at Rosebud Cemetery in Repton, Kentucky.