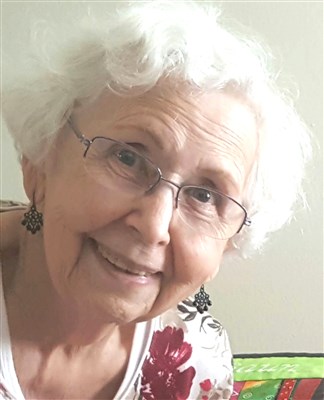 Her roots were deep in the soil of Ceralvo, and she never forgot those roots and deep family ties that bound them.

Bettye entered Kentucky Wesleyan College at the age of 17. There, she met and fell in love with Gilbert Schroerlucke, whom she married in 1948. After Gilbert completed seminary at Candler Theological Seminary, he and Bettye and their three young children, Keith, Kaye and Kathy, returned to Kentucky, where Gilbert established a new church in Louisville, Preston Highway Methodist. Later, they were blessed with two more daughters, Kim and Kelly.

Bettye is remembered for her beautiful singing voice that graced many Christmas Eve and Sunday morning services, often singing duets with Gilbert. She also initiated and led children’s choirs. Bettye began and directed the first community day-care center at West Broadway Methodist Church. This labor of love touched hundreds of lives and positively affected families through the generations. Eventually, she completed bachelor’s and master’s degrees and taught in the Jefferson County Public Schools for nearly 20 years.

In retirement, and after decades of living in church-owned parsonages, Bettye and Gilbert bought their first house in Louisville. During the next several decades, Bettye enjoyed home ownership, being with family, traveling, flower gardening, and her participation at Fourth Avenue UMC. In 2012, Bettye and Gil moved into a patio home at Wesley Manor Retirement Village in Louisville.

At Fourth Avenue, Bettye volunteered in multiple community services, including the Open Door ministry, and was active in the United Methodist Women. Her dedicated service at Fourth Avenue continued until her death. Her welcoming outreach to everyone attending Sunday morning worship is greatly missed today.

Bettye was an advocate for justice, equality and inclusion. She felt great pain when people were excluded from the full ministries of the church she loved. Throughout her life, she was a bridge for bringing people together and offering full acceptance.

She greatly loved Gilbert, her husband for more than 70 years. She made every parsonage a home for her children and embraced them with love, understanding, and hope. The strength and beauty she found in living has been passed on to her five children and their spouses, her nine grandchildren and 14 great-grandchildren.

Bettye left a legacy of love, courage and a vision for a better world.