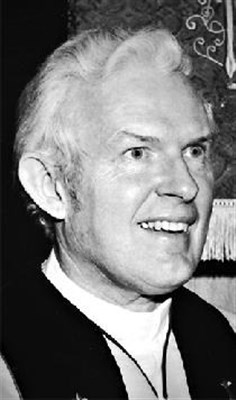 Born March 5, 1929, Charles was raised in Wilmore in the homeplace of his mother and grandfather, O. C. Garvey. He was baptized and called into the ministry at Wilmore Methodist Church. He played center for Wilmore High School and was famous for his left-handed hook shot.

He graduated from Asbury College, where he met his beloved wife of 70 years, Mary Kathryn King, of Hesston, Kansas. He also received Masters of Divinity and honorary Doctor of Divinity degrees from Asbury Theological Seminary.

He ministered for 43 years in the Kentucky Annual Conference at Wesley Chapel, Winchester Trinity, Russell First, Versailles, Winchester First, and Ashland First; and as Superintendent of the Lexington and Covington Districts. His dynamic preaching and love for people touched many lives. He especially cared for those going through difficult times and encouraged people to use their gifts and talents for effective and creative ministry.

He served as a trustee and chairman of the Board of Asbury Seminary, on the board of the Foundation for Evangelism, as a delegate to the Southeastern Jurisdictional Conference, and as a member of the World Methodist Council. He also served on the General Board of Publications for the denomination and wrote adult Sunday School lessons.

“Fati,” as he was endearingly known by his grandchildren and great-grandchildren, cherished his time with family, loved each one unconditionally, and celebrated their many gifts and accomplishments. Charles has been followed into ordained ministry by a daughter and two granddaughters.

He loved to travel, taking his family across the U.S. in a Nimrod pop-up camper, visiting England often, including a pulpit exchange with the whole family, and exploring his ancestral home in Sweden. Singing was one of his joys, sometimes concluding his sermons with a song, singing around the piano at home, and more recently while thumbing through his old hymnal. He also loved to use his hands and could build, restore, and repair almost anything. Living in the mountains of North Carolina brought many happy years.