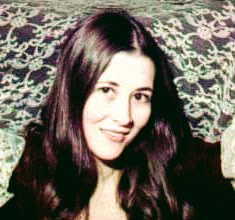 Gaye was born in Ashland, Kentucky, on July 15, 1946, to the late Jesse Woodrow Harris Sr. and Virginia Mills Harris. Before becoming a full-time mother to her beloved son, the late James M. Mansfield II, she was an administrative assistant to the Director of the University of Kentucky Radiation Therapy Department and also modeled part-time.

Gaye supported her husband from his time in sales to his career as a United Methodist minister serving churches in Ohio and Kentucky. She would serve each church depending on its community’s specific needs, with a specific gift for empathy and listening. She led dance classes, taught Sunday School, worked with youth, cooked meals, worked with crafts and distributed gifts at the holidays, especially children’s toys.

Besides her parents, she was preceded in death by her brother, Jesse Woodrow Harris Jr., and son, James Michael Mansfield II (Jimmy).  Besides her husband, she is survived by her granddaughter, Lyndsey Paige  Mansfield of Frankfort; brothers Danny Harris of Ashland and Emmett Adkins of  Ringgold, Georgia; sister Pam Harris Bradley of Georgetown, Kentucky; and many other loving relatives and friends.

Her funeral was Nov. 2, 2019, at First United Methodist Church in Frankfort. A reception followed in the fellowship hall.