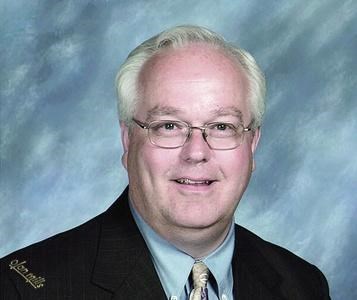 Jerry Bradford Hatchett was a pastor at his very core, a man who sought after God with his whole heart, and who gave his life to the advancement of the Gospel on this earth.

When thinking of my dad’s call to ministry, I am reminded of the story of the first followers of Christ who were busy catching fish when Jesus changed the plan. In particular, Matthew 4: 19-20 stands out: “Come, follow me, ‘Jesus said,’ and I will send you out to fish for people.” At once they left their nets and followed him.

My dad was an extremely intelligent man with a number of abilities and talents that led to a variety of occupations or vocational journeys he could’ve embarked on. However, when he heard the call of Jesus to minister to His church, he followed. It wasn’t a matter of debate for him because above all he trusted and surrendered to God’s call on his life. Even when others didn’t recommend uprooting a family or all of the many objections that can occur during such an abrupt change of course, Dad was faithful. He and our mother packed our family up and we moved to Wilmore, Kentucky, to embark on the first steps of pastoral ministry at Asbury Theological Seminary.

He soaked up his time at Asbury and was constantly talking of the many new things he was learning and on the amazing professors and fellow classmates he was meeting. He grew, developed, and was emboldened during that formative season to both better lead as a husband and father but also as a pastor. Our family was placed at Millersburg First United Methodist Church during that season and we became so much stronger and closer as a family forced to develop new community.

Dad graduated with his Master of Divinity and the emotion of gratitude and accomplishment can still be seen in my mind as our extended family gathered in Wilmore that day to celebrate his completion at a seminary so dear to his heart. And as our family anxiously waited to see what Annual Conference would bring in terms of moving, we were excited for what God had in store.

Providence Rural United Methodist Church in Hanson was the location, and just like that we were moving to the western part of the state for Dad’s next step of ministry. Words cannot describe the journey that has unfolded and as I think back on the many memories that occurred in that appointment. I am left with the engraved image of our dad being poured out for the advancement of the kingdom. He served faithfully and he served with integrity, despite the many challenges and adversities that arose.

I have no doubt that Dad walked into the Kingdom with a huge smile on his face as the many loved ones who went before him were guiding him to the throne of our God. And then I believe a conversation was summed up with the words my dad had prayed would come at his arrival into paradise: “Well done, thou good and faithful servant.”

- Submitted by the family