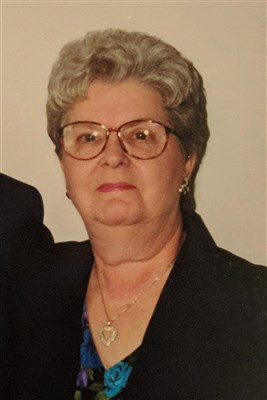 Joan was born Oct. 13, 1931, in Bicknell, Indiana. She was the daughter of Maxwell and Dorothy Taylor and had three brothers and one sister.  She was married Aug. 7, 1948 at the age of 16. If only she knew then that she would later be celebrating her 70th wedding anniversary in August 2018.

Throughout her life, she had several occupations including small-business ownership, but the one she was most passionate about was her work in the ministry.  After her two daughters graduated college, she completed her GED and received her high school diploma, then she and Ralph went into the ministry for the United Methodist Church, becoming the first married couple in the Kentucky Annual Conference.  She continued in the ministry until retirement and then settled in Florida.

She was a devoted wife, loving mother, and devout follower of God. In her final days she was surrounded by her entire family. Her funeral was held March 2, 2019, at G.H. Herrmann Funeral Home, Greenwood, Indiana. Interment was in Forest Lawn Memory Gardens.