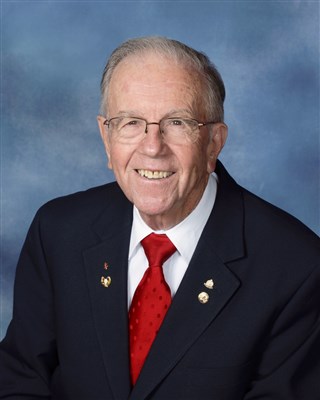 Tom was a retired United Methodist minister. He pastored several churches all over the state, starting in 1957 and most recently Linton UMC in Cadiz from 1996-1997.

He is survived by his wife and several nieces and nephews. He is preceded in death by his parents; two sisters, Artie Thompson and Alta Dicken; and two brothers, Carvin and Ken Dicken.

Tom was a veteran, a member of the Eastern Star at West Point, Kentucky; Shriners; Scottish Rite and the Masonic Lodge of Kentucky, where he was Grand Master from 1973-1974.

His funeral was held Jan. 8, 2020, at Monticello United Methodist Church with Pastor Robbie Shrout officiating. Burial was in Cave Springs cemetery in Albany. Full military honors were performed by the local DAV Chapter 105.